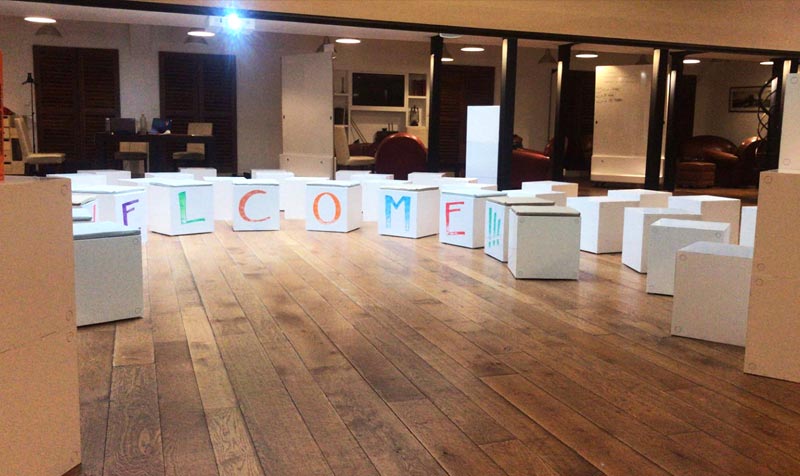 Our first client story is an event held by WildIsTheGame and Openfield which took place in Paris on 10th of April 2019. The workshop consisted of 40 participants for a duration of 2 ½ days and was conducted using 70 Tetrix cubes.

Prior to the actual session the client and our team at TingTang designed a high and elegant totem to be placed at the very center of the space. It was meant to be both, a symbolic place for participants to meet and exchange as well as a knowledge wall to gather and display the groups’ outputs. 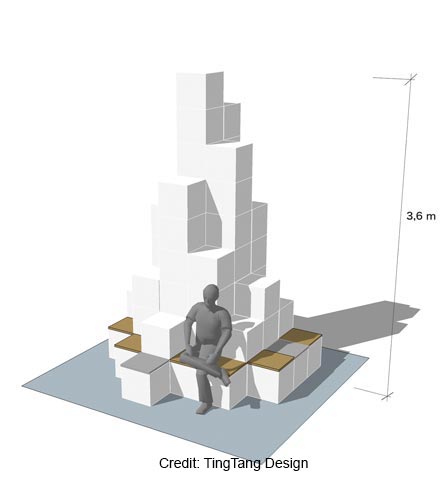 Unfortunately, on the day of the event, the workshop coordinators realised what they thought was a good place to build the totem was the only space available to set-up a plenary. With hours left for the session to begin, they found themselves with the need for fresh ideas.

The cubes are built to not only accommodate needs in the form of tools for events but also to provide a sense of freedom while creating a space. This enabled the staffs to build a new setup in a short span of time. Instead of a tower they went ahead and build a welcoming plenary, using Tetrix as stools and decor. With the remaining cubes the team raised two gates framing the entrance to guide the newly arrived participants to their place. 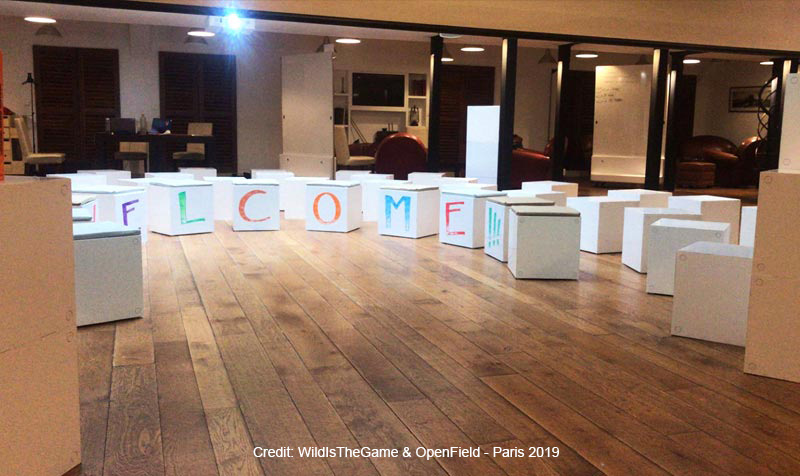 Note – We believe the arrival of participants is a key and unique experience to be treated with special care.
The new comers have to feel that the space they are entering is different, that they are leaving behind their everyday routines and habits. Creating this rite of passage with two gates was a really nice idea. –

Once the participants had been briefed, they were each given a Tetrix cube. They were able to use the 6 sides covered with whiteboard to capture their thoughts and later one report-out to the broader group.

The following day a rising sculpture took place at the plenary as the scriber begin to add key outputs, and relevant messages to it. It was completed just before the final conclusion so everyone could appreciate the amount of insights collected and feel the pride of having being part of it. 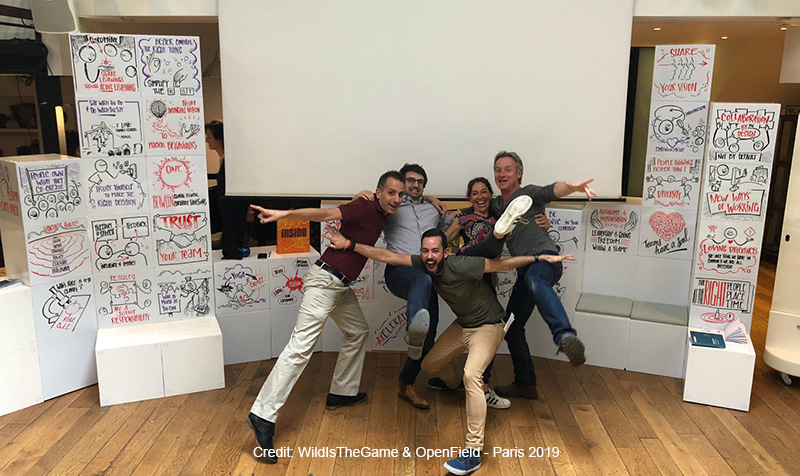 This session had been remarkable by how well the team had exploited the full potential of the cubes. From a symbolic sculpture, to a welcoming set-up. From being a support of restitution to a rising knowledge wall. The cubes have been able to support all kind of set-ups and have proven their great flexibility.